Walking down Hollywood Boulevard, one will come upon a building that does not fit in with the surrounding landscape, Grauman’s Chinese Theatre. This building, constructed in 1926, was modeled after a Chinese pagoda, featuring chinese dragons on the front facade and two “heavenly dogs” from the Ming Dynasty referred to as guardian lions. Upon its opening in 1937, Grauman’s Chinese Theatre was intended to be a luxurious establishment, a chinese inspired “palace-type theatre,” a location for the upper class to enjoy a night in the city.

While the architecture and atmosphere of the building were intended to create a sense of Chinese culture, this building, designated a historical and cultural landmark in 1968, contains far more American cultural history, down to its original owners. America’s sweetheart and beloved movie star, Mary Pickford, along with her husband, Douglas Fairbanks, had a thirty-three percent share in the theatre, making it an object of wonder in the public’s eye from its opening.

Grauman’s theatre features a unique forecourt in which celebrities have been immortalized for nearly ninety years. The concrete of the courtyard contains the footprints, handprint, and autographs of countless celebrities of whom Norma Talmadge and Douglas Fairbanks were the first. Since, the tradition of leaving marks in the cement has extended beyond the imprints of celebrities to objects symbolizing movies that have been significant in popular culture such as the wand of Harry Potter.
In the 1930s and ‘40s, the trend toward suburbanization removed the wealthy from the city. They lived in the sprawling suburbs, away from the poverty and grunge of the city; however, they returned to the city on special occasions for a night filled with glitz and glamour. On such nights, Grauman’s theatre was their destination. The site of three academy awards ceremonies and the premier of ground-breaking movies such as George Lucas’s Star Wars, this theatre was home to the privileged, the upper-class. 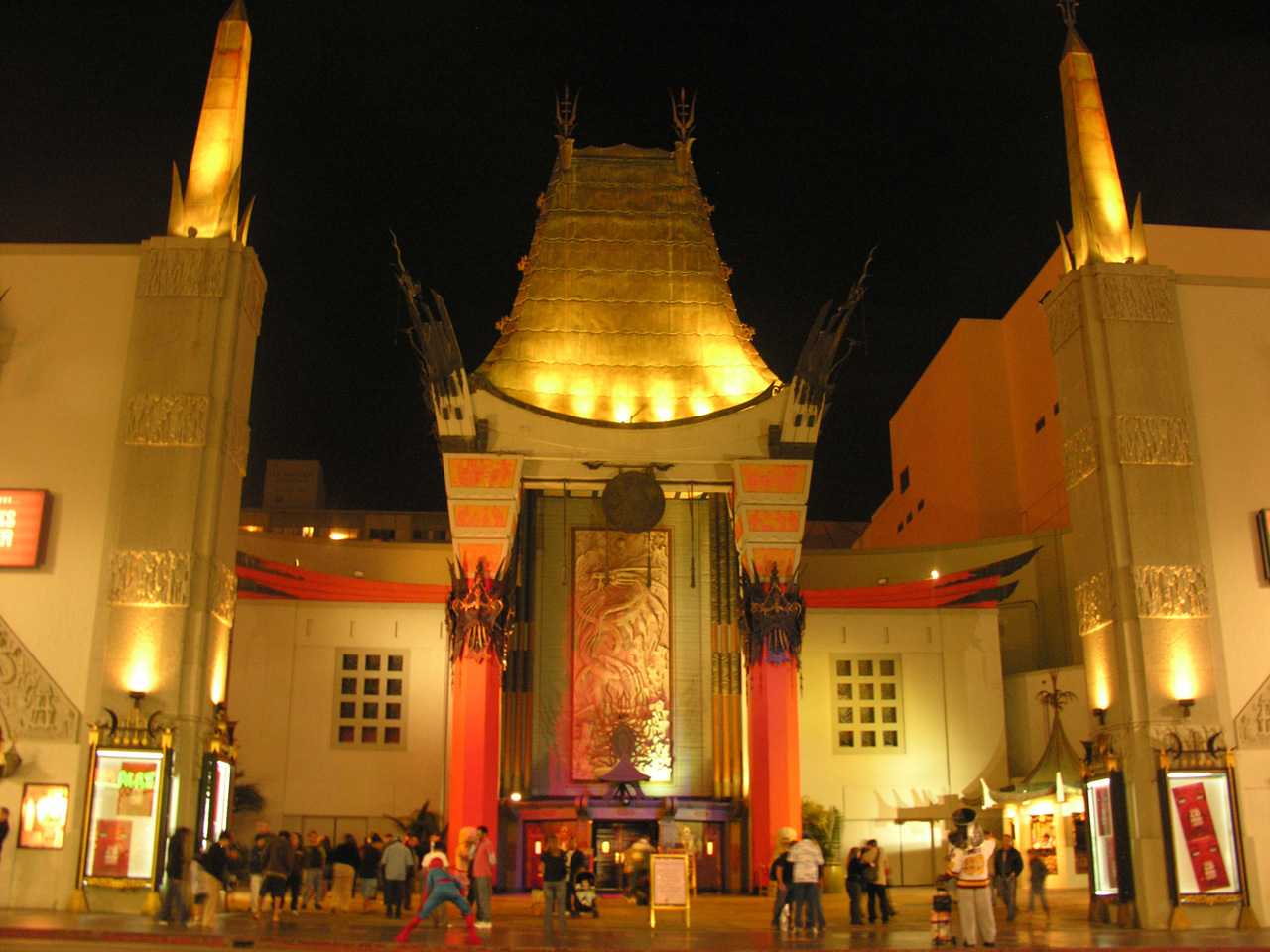