In a recent class discussion, it was mentioned that Los Angeles often plays different locations in movies, and Los Angelenos recognize the distinct landmarks of these sites pulling them away from the storyline of the movie. I immediately thought back to a moment when this happened to me. Being a competitive gymnast for eleven years, I had to watch the ABC Family series Make It or Break It when it was on the air. The first season lead up to the national competition in Boston, and when the season finale premiered I found out that “Boston” was not Boston at all, for there was a shot of the girls outside of the competition venue which looked very familiar. The venue was a large cobalt blue pyramid, the Walter Pyramid. I immediately began to fixate on the appearance of this Long Beach landmark in a scene that was not supposed to take place in Long Beach.
One of only four pyramids in the United States (the other three are located in San Diego, Las Vegas, and Memphis) this $22 million investment has become somewhat iconic in the local area and therefore generates a great deal of revenue. It has become a shooting location for films, a venue for banquets, seminars, and workshops, and most importantly, the home to the 49ers Volleyball and Basketball teams, attracting more that 200,000 fans annually. It has even made its debut in social networking, possessing not one but two Facebook Pages, an Instagram account, and its own hashtag. This building has taken on a celebrity-like persona, generating a reputation and a name for itself that extends beyond the realm of athletics. It proves the statement made in the documentary we watched in seminar, celebrities have faceshots and buildings have architectural shots. 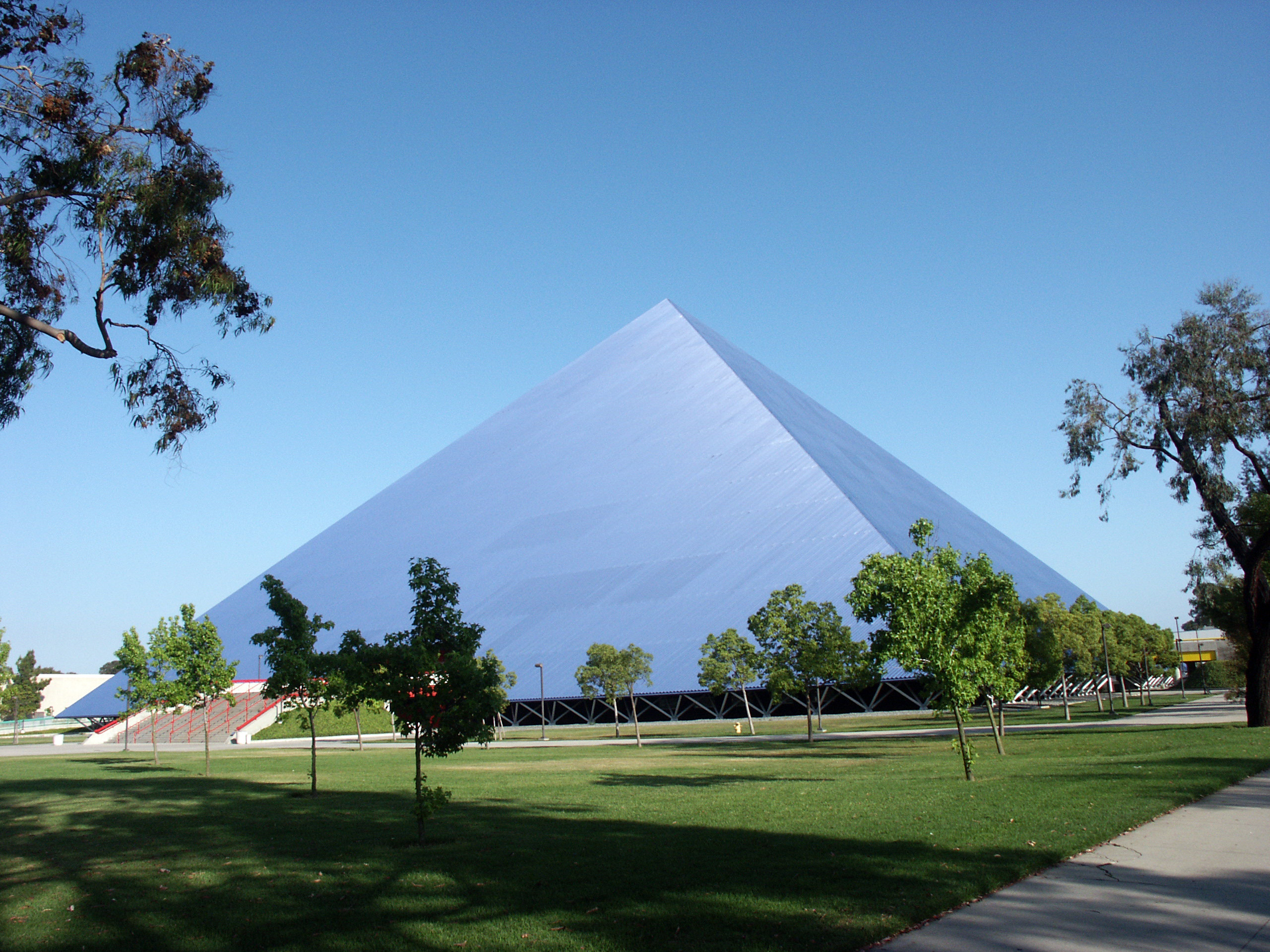