Growing up in Los Angeles I believe I experienced more than other people my age. By the time I was five my mother would take me down to Downtown Los Angeles where she would shop for hours at a time searching for the cheapest deals on clothes and gifts for relatives. I remember walking down the dirty streets that reeked of urine and watching the homeless who lined the street begging for just a dollar. My mother told me to ignore them and to not believe what they were telling me, that they were most likely using drugs and that my dollar was not going to be put to good use. I continued to ignore her for years. I encountered a woman digging through the trash looking for bottles of drinks which she would then drink, I had an unopened bottle of water which I gave to her, she then proceeded to open the bottle and empty it down a storm drain. I was so shocked that she did not want to get any help, but I did recognize that if a person is in need of help then they will most likely search for it. 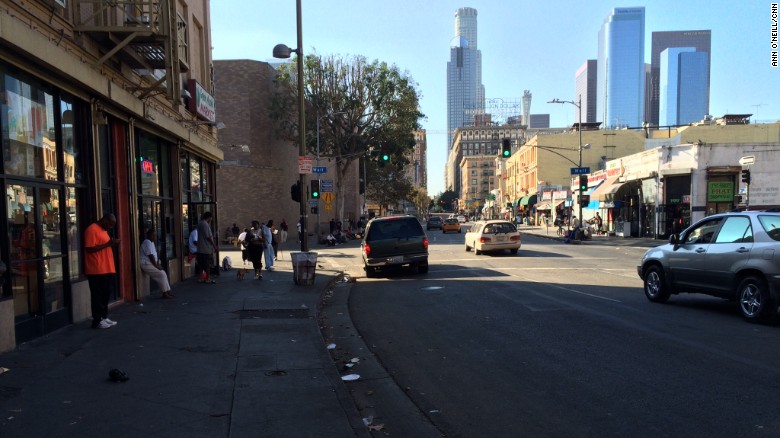 Last summer my mother and I were in Los Angeles yet again, I had stopped at a shop to by some pants for the school year. After spending five minutes in the shop I was approached by a woman who was obviously high on some type of drug, one thing led to another and she managed to rob me of two dollars, I did not think much of it since it was not a large sum of cash and because I knew it could have ended up being much worse. But I believe this is something that has almost become normal to me after spending so much time around skid row, it has lost its sadness to me and is now representative of a city which fights for itself and does what it can to defend itself. Some people view LA as a beautiful city with tall buildings and shiny lights, I see beauty in the darker side of the city.